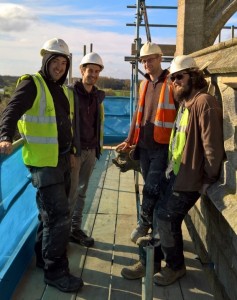 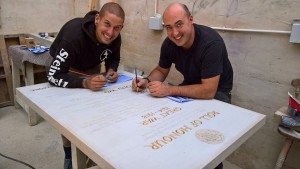 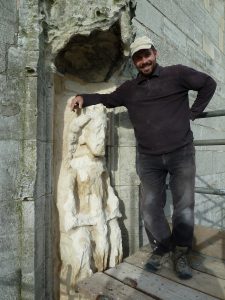 Matthias is from Dresden, Germany and has worked as a mason and carver for over 20 years. Following his apprenticeship in one of the most prestigious workshops in Dresden, Matthias spent 6 years working throughout Europe in over a dozen masonry and carving workshops before moving to England in 1998 to join Wells Cathedral Stonemasons. He joined Dick Reid’s workshop in York the following year, where he stayed for more than 5 years before establishing his own business.

In 2001, Matthias was accepted as a William Morris Craft Fellow with the Society for the Protection of Ancient Buildings. He was then awarded a Queen Elizabeth Scholarship towards completing the German Qualification of Master in Masonry, Carving and Conservation.

Matthias has an MA in Historic Conservation from University of York, King’s Manor. He was awarded a Master Craftsman Certificate from the Worshipful Company of Masons and he is a Freeman of the City of London.

Kibby has a Bachelor of Arts from Reed College, an MSc from the University of Edinburgh and a Diploma in Architectural Woodcarving from City and Guilds of London Art School where she studied high-relief limewood carving under Hannah Hartwell, resident carver at St Paul’s Cathedral.

Kibby joined Dick Reid’s workshop in 2001, where she worked for 4 years before being invited to work with David Esterly, American limewood carver and specialist in the work of Grinling Gibbons. In 2008 she joined Matthias Garn + Partner.

David joined our workshop in 2016.

Matt did his Apprenticeship in woodcarving at Linfords under Mike Painter and then worked for the York Minster as a stone carver for a number of years before joining our team in 2015.

In his spare time he builds valve amplifiers. 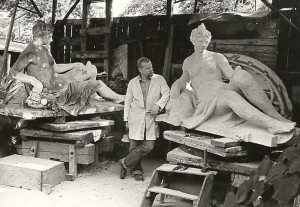 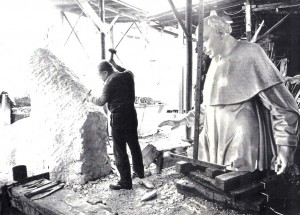 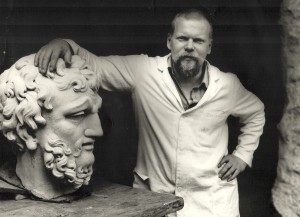 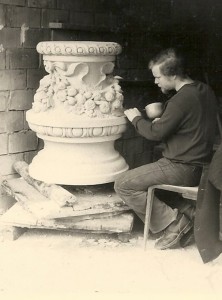 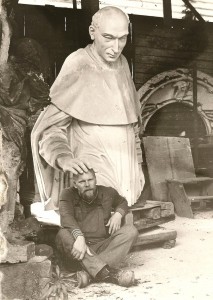 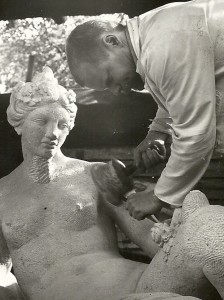 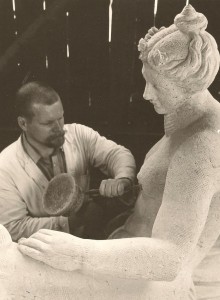 Our workshop has evolved from a tradition of stone masonry and carving which is still very much alive in places such as Dresden- where Master teaches Apprentice, who becomes Master, and so forth. For this reason we consider it an obligation to train the next generation, to perpetuate the craft by example as was traditionally done.